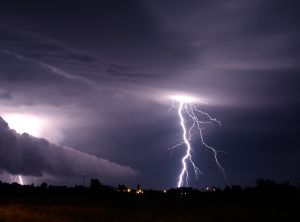 The Pike River crisis is too fresh to comment on specifically, but I've been prompted to blog on Wotzon.com about a lack of official online response when such events arise.

Of course, a real crisis is a time when the media feed on any available information. While that provides a useful and primary source of publicly available information, it doesn't necessarily provide the most relevant and timely information, in part because the media are generally businesses operating their own agendas. For example, relevant and timely information isn't always content that 'sells'. There's an inclination to dwell on the 'human interest' aspects or simply fill the space, if useful facts happen to get in the way of a good story.

In the past the official response in a crisis was to initially starve the media and public of news or comment, presumably to keep some control over events. In today's online dominated world, people expect fast and reliable information, so officials have learnt how to deal with the mainstream media and feed news to them.

However, while they've gained the much needed media coverage, they've lost much of the control they need, which would come if they properly embraced the online dimension. While officials seem happy to feed stories to the media and allow them to interpret the information freely, they have yet to grasp the fact that the internet is the only completely centralised, authoritative, reliable and interactive place to present information that can be kept completely current minute-by-minute. Most crucially for the public and the media, a website makes information available with all the available information we want and when we want it. In other words, if I wish to find a particular fact at 3 am from a well publicised and totally reliable official source (website), I should be able to do that.

Tuning into a radio station or even a newspaper website simply doesn't cut the mustard.

BLOG: Catching up with the social media revolution in public relations