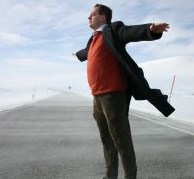 American inventor and TV personality, Ken Hakuta, once said, "Lack of money is no obstacle. Lack of an idea is an obstacle." It’s a quote I often give to charities desperately looking for new and reliable ways to raise funds.

So where have all the ‘obstacle breaking’ ideas gone in communications? They’re still out there but seem to be much thinner on the ground.

I spent nearly 30 years in advertising before I nudged into the brave world of new media. Advertising grew up after the industrial revolution spawned growing and more widespread personal wealth and rampant consumerism. Competition between products and services became fierce and the difference between success and failure was more often than not the quality of the advertising.

What drove the quality? In a word, the big “idea”.

What’s happened to the big idea in a communications world that is more ubiquitous and fast paced? To a large extent it’s seems to be hidden under a mass of mediocre dross. Yet I’d argue that its place is just as important, if not more so.

Consider this. In a world where there’s even more competition for attention, the difference is still a compelling idea to capture the imagination. But just as salient is the notion that if the world is now full of mediocre communications, a big and appropriate idea should be your mantra and ticket to success.

It seems that the ease with which anyone can produce communications and broadcast it to masses of people has also created the idea that anyone can communicate effectively. Why would that be a sensible view any more than the thought that most people can do heart surgery or fly a 747.

The best communications creatives I’ve known over the years are among the smartest people I know. Yet a great and relevant idea is often so simple that, once presented, it leaves one wondering, “why didn’t I think of that?”

American ad creative, Robert Fleege, once said, “The billboard is finished, when you no longer can find a single element to remove"

And before you imagine that you should brief your communications agency with an instruction rather than a brief, consider this quote from an unknown agency. "Our creative advertising services are like that of a hair salon. We can take your orders and do exactly what you ask for, but remember, you are the one who's going to wear the hairstyle."

And for anyone thinking that media exposure is the solution to everything, consider this one from the famous ad man, Bill Bernbach. "In communications, familiarity breeds apathy."

And finally, Confucius said, "Worry not that no one knows of you; seek to be worth knowing."

BLOG POST: Why a billboard is still a great media option

BLOG POST: Stop trying to sell and start a relationship

BLOG POST: If you're communicating, first have an idea

BLOG POST: A case for innovation and ideas in everything