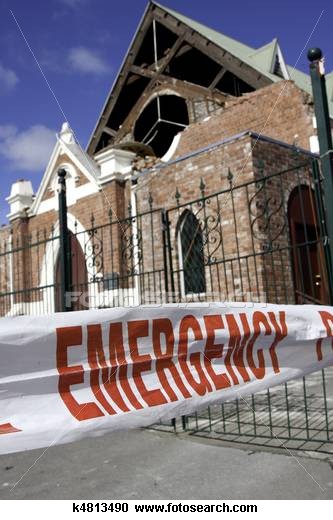 The massive impact of social media on our brave new world is most starkly seen in times of major public trauma. This week's Christchurch earthquake is demonstrating just that.

The uprising in Egypt and elsewhere in the Middle East largely fuelled, it is said, by conversations in social media shows that it is particularly true where 'the people' assert themselves against repressive authorities.

Back in 2001 blogging fully found its feet during the 9/11 attack as people spontaneously made posts with observations from their New York apartments or anywhere in the world if they happened to be on mobile to someone in the World Trade Centre. This 'peoples' media' was light years ahead of mainstream media in terms of speed, accuracy and direct usefulness.

Social media is often talked about in terms of its enabling power. The Christchurch earthquake has seen citizens organise themselves and each other on a massive scale. Students are mobilising support teams, sports stars gathering together in active support, entertainers donating ticket sales. But the most significant enabling aspects are seen in individuals having their say through Twitter, Facebook and any number of other channels, including email and text. That in turn has an impact on mainstream media where the conversations and content in social media provides a lead in communications, often rather than the other way around.

Initially Twitter showed its value as the fastest news platform as information spread rapidly through the Twitersphere along with images and video of the destruction. The hashtag most used was #eqnzfollowing on from the September earthquake, while #chch was employed to aggregate quake tweets.

Tweets and Facebook posts were used to alert people to danger on the ground, helped locate missing people and give the authorities and news media, immediate information from a million eyes and ears.

Facebook has now inevitably provided a gathering point for all kinds of events, groups and fan pages, mostly focussing on organising massive practical help and fundraising. This mobilised support for each other within Christchurch, and from around New Zealand and the world.

A huge number of conventional websites have also provided information and assistance, and one of my favourites is the Christchurch Quake Map with it graphic illustration of the quake sequence since 4 September, 2010.

Not to be left out, the mainstream media followed events on Twitter, Facebook and the blogosphere, and used it to extend their own coverage. TV3's on-air coverage has been particularly good, especially Hilary Barry's sensitive anchor role on the first day. But TVNZ haven't wallowed too much in pathos and posted a useful supporter page on their website.

A couple of initiatives typifying the fantastic new world came from industries driving the whole new media environment. Community information for the Christchurch Earthquake on CrisisCampNZ is the work of a group of internet volunteers around the world working to process information. Their website demonstrates the power of collective public effort and how it so easily outstrips the more controlled, limited and slow responses that often come from official sources.

The impact on our lives from social media is enormous. One only needs to think of moments in history, for example, the Nazi atrocities and violations of sovereignty in the early years of World War 2 when the world's ignorance and inaction allowed devastation. Imagine if the people of Poland had been able to outrun the Nazis with technology enabled people power? And how much more bearable might the London Blitz have been if the citizens had had access to iPhone apps and Twitter, and the rest of the world could have instantly mobilised support?

The world has changed forever, not just because nature has destroyed lives and changed the landscape of a New Zealand city. It has also changed because technology has handed the power to those who are most important – the people.