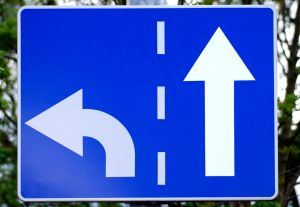 Community development using online methods is obvious and exciting territory, but it does require venturing into unchartered areas. So I have adopted a line of discussion points in support of our Flightdec Communities platform:

That’s understandable, but maybe not the right question to ask. The invention of television was a problem, if you only owned a wireless radio or had no electronic connection. But should television have been rejected on the basis that existing receivers couldn’t participate?

In the case of Flightdec enterprise networked websites, they do operate as conventional websites do, within existing infrastructure, so there is nothing to be lost in terms of over all accessibility. But they can additionally operate within new enterprise networks. In other words, if you only want a wireless radio, that’s fine because it’ll work that way. But if you’d also like “radio-with-pictures”, just flick the switch and reap the benefits.

So maybe the best questions go like this? Would the telephone, automobile, the internet and Facebook have been adopted if it could only operate within pre-existing technologies? Of course not. But the interesting thing is that all these things used existing infrastructure and technologies, then created lots of new ones, just as Flightdec is doing. And would the aeroplane have been so well adopted for military use if the army had merely put wings on a tank or the navy put wings on battleships? It took new thinking and the invention of the Air Force to push through meaningful changes.

We should not lose sight of the fact we live in a time of unprecedented change, upheaval and challenge. Real progress, as always, is generally thanks to a few early adopters, while those coming in behind must wait for the new thing to be more widely adopted and become conventional.